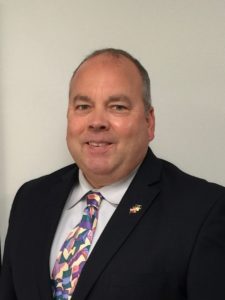 Mr. Thomas J. O’Rourke is Founder & Director for TAKADA Asset Management. Mr. O’Rourke began his professional career in 1985 as a Field Examiner for the Federal Home Loan Bank of Topeka, KS.  In 1989, he transferred to the Office of Thrift Supervision (OTS) and relocated in May of 1990 to the Northeast Region as a Senior Examiner.  In July 2011, he transferred to the Office of the Comptroller of the Currency (OCC) pursuant to the Dodd-Frank Act and subsequently retired in 2013.   Mr. O’Rourke has coordinated the efforts of up to 35 assisting examiners and produced numerous reports of examination and corrective action plans.  Mr. O’Rourke is an Accredited Federal Thrift Regulator and Certified Compliance Examiner.

Of additional note, is that Mr. O’Rourke served 26 years (concurrent with OTS/OCC time) in the United States Military Reserve Component and retired in 2011 from service as an Emergency Manager for the 108th Civil Engineering Squadron of the New Jersey Air National Guard (USAF), McGuire AFB New Jersey.

In March 2013, Mr. O’Rourke commenced a three-year term appointment as the Assistant Director for Bank Supervision at the Bermuda Monetary Authority.  Mr. O’Rourke led a team of eight professionals and conducted Supervision for a banking sector of ~$24 billion, with considerable trust, investment and asset management activity.  Since 2017, Mr. O’Rourke has provided independent consulting services in the Bermuda financial sector.

Mr. O’Rourke was born in New York, and holds an Associates Degree in Emergency Management from the Community College of the Air Force; a BA in Economics from Bethany College, Lindsborg, KS; a Masters in Finance & Accounting from the Keller Graduate School of Management, Chicago, IL; a Masters in Practical Theology from Regent University School of Divinity, Virginia Beach, VA; and a Masters in Organizational Leadership from Quinnipiac University, Hamden, CT.

Joined this Bermuda-based Consultancy to maintain professional connections to financial sector.  Completed an assignment as Interim Head of AML/MLRO for a Bermuda-based bank and now serving as the Principal Representative of the Bermuda Bankers Association.

Advisory Board Member and Compliance Adviser

Appointed to serve as a key advisor to the firm’s CEO, consulting on issues relating to jurisdictional licensing, compliance, AML policy/procedures and regulatory matters.

Led a team of seven in prudential supervision of four local commercial banks with $24B in assets and $2B+ in regulatory capital (Bermuda’s banking sector accounts for 400%+ of island GDP). Addressed emerging risk from financial technology and cyber threats with each Bank through Operational Risk & Information Technology risk assessments.

TAKADA Asset Management is an asset management firm comprising a multi-disciplinary, multinational and multilingual team of experts providing services across a spectrum of industry areas and sectors with a predominant focus on funds and investment banking.

Drop us your number and we’ll shortly call back.